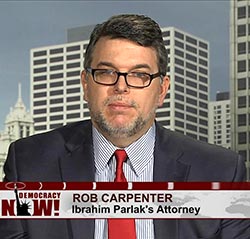 Robert obtained his undergraduate degree at the University of Florida, and his J.D. from DePaul University. Mr. Carpenter has represented individuals and companies before the Immigration & Naturalization Service and the Department of Labor, in pursuit of permanent and temporary visas.  He has extensive experience with virtually all varieties of temporary visas, including H-1B1, L-1, E, F, J, and TN visas.  He has successfully acquired hundreds of permanent visas (“green cards”) for individuals through family and employment-based petitions, including through the difficult but expedited track known as national interest waivers.

Mr. Carpenter is an active federal court litigator against the U.S. INS and Department of Labor.  Carpenter & Capt, Chartered has prevailed on more than a dozen cases in federal court in the last 18 months on issues that involve undue delays and the government’s unfair application of the immigration law.  The firm espouses the philosophy that aggressive representation must include the use of every available argument, including seeking mandamus-based judgments against the government, where it does not follow the rule of law.

Mr. Carpenter is an active member of the American Immigration Lawyer’s Association, where he acts as a mentor to other lawyers on a variety of issues, and has spoken to the organization’s Greater Chicago Chapter on several occasions.  He has spoken to other groups, including the Chicago Economic Development Council & the Midwest Regional Technical Recruiter’s Association.  Mr. Carpenter frequently addresses prospective and existing clients’ Human Resource Departments, as well.